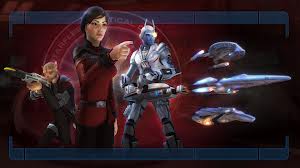 Tactical Officer is one of three career paths you can choose in character creation. Tactical Officers excel in dealing damage, and lots of it. Most Tactical Captains fly the Escort class ship. Their default uniform color is red, and the combadge is the Command combadge. 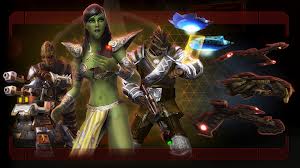 The KDF Tactical Officer isn't that much different from the Federation one. They still dish out a lot of damage, their default color is red, and they fly the KDF version of an Escort; the Bird of Prey.

Again, the Romulan Tactical Officer is pretty much the same as KDF and Federation. Great damage, red, and fly escort type ship. The only difference is that the Romulan Republic Officer can choose a secondary faction to join. They can choose either the Federation or KDF. If the player chooses Federation, they gain access to their ships, weapons, and equiptment. If the player joins the KDF, they gain the same rewards.

Retrieved from "https://startrekonline.fandom.com/wiki/Tactical_Officer?oldid=8723"
Community content is available under CC-BY-SA unless otherwise noted.